On the way in to work the other day, the host on the radio station spoke of the frustration of a man in Toronto who couldn’t get a permit to build an EV (electric vehicle) charging station outside his home. This despite the city’s green guidelines which encourage electric vehicles, despite the large incentives offered by the province of Ontario to buy electric vehicles and the willingness of this individual to invest a large sum of money in new technology. He was intending to buy a Model S Tesla.

Like this man, there are about 53,000 other motorists who rely on street parking in Toronto. While currently only a fraction of them have registered electric vehicles, it’s easy to see that it wouldn’t take long to have a huge problem both from the time consumption and traffic points of view if the growth of charging stations does not keep pace with the number of electric vehicles. The City is looking at a pilot project to build 19 charging stations in three wards. Hopefully they have carefully done the math on this, because, at first blush that seems woefully inadequate considering the projected growth rate of the electric and hybrid vehicle market.

At the same time, the Province has introduced changes to the Building Code which will require a 200 amp panel and rough-in requirements for EV charging on a swath of new, detached, semi-detached and row houses with garages or carports built as of January, 2018. This will accommodate the 200 amp requirement for Tesla as well as other electric vehicles that can be charged on the standard 100 amp service. The homeowner will pay the cost whether they need it or not.

The Electric Vehicle Future…It’s Tricky To Say The Least

Of course, there are also the downstream implications of this change with respect to the electrical infrastructure necessary to support and carry the additional load caused by the upgrade in the service to each house.

And if you dig into the hype a little deeper, it’s not all about tailpipe emissions. You have to wonder what the real benefit of an electric vehicle really is anyway when, in some jurisdictions, the energy needed to charge it comes from coal or other sources that are not environmentally friendly. Fortunately in Ontario, most of our energy is generated from nuclear (60%), hydroelectric (24%), and wind (6%) and we are continuing to add more clean solar, bioenergy and other sources.

Finally, the push to outlaw the sale of diesel and petrol powered cars and the movement towards a circular economy leaves us wondering what we will do with the millions of pounds of lithium-ion batteries that will be powering those vehicles. For recycling to work properly, the cost of the process has to be less than the value of the recovered metals and materials. Unlike lead acid batteries, which are one of our biggest recycling success stories, the recycling and reuse technologies required for lithium-ion batteries are really only in their infancy and have not been tested on a large industrial scale. Like our own Li-Cycle Corp. here in Mississauga, Ontario, we are still rolling out pilot projects around the world. 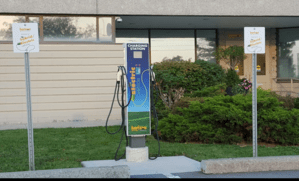 Incidentally and in case you are wondering, the uptake leader of electric vehicles on a per capita basis is Norway. Electric and hybrid vehicles there account for some 60% of new car sales. Globally, the number of electric cars is now north of two million and it is expected that number could reach 140 million by 2030 according to the International Energy Agency.

There is probably never a best time to be introducing major change but in the face of the momentum driving governments, consumers, OEM’s and other stakeholders towards the manufacture and sale of electric vehicles we all really need to get our ducks in a row soon and get on board with building the coordinated infrastructure necessary to support this enormous industrial endeavor. Otherwise, it will be a fine kettle of fish indeed if the growth of supply and demand for these vehicles far outpaces the infrastructure necessary to support them or we end up with a legacy series of boondoggles and costly misadventures – no matter how well intended.

Copper prices in particular have been strong during the month of October and with the Holiday Season approaching you may want to keep a watchful eye if you have been saving up material to sell.

And Finally, A belated happy Halloween from all of us at Peel including our resident Deadpool Inventory Protector 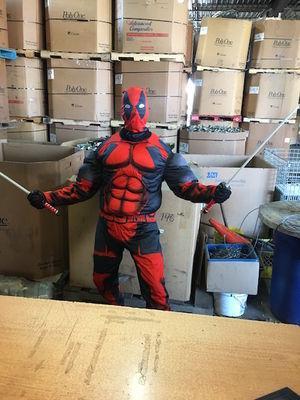