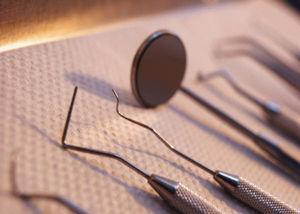 After so many years in the scrap metal recycling business, we are bound to have had at least a few unusual calls along the way. In fact we have a number of stories which could very well be the subject of some blogs down the road. Today, however, we want to talk about mercury.

Scrap metal is everywhere but unless you are in the recycling business you don’t really tend to give it much thought. The fact is it can come from some unusual places. Like your mouth, for example.

We used to get calls on a regular basis from dental offices looking to dispose of dental amalgam. This is material that has been in use for more than a century to fill and restore the cavities in your teeth. It has always been considered safe and an effective restorative treatment.

What does this have to do with mercury? Well, what you might not know, is that dental amalgam is composed of one part liquid mercury and one part powder containing silver, tin, copper, zinc and other metals. Hence the reason the dental offices were looking for metal recyclers.

Mercury, or quicksilver as it is sometimes called, is a naturally occurring element that exists in several forms in the air, water and in the earth’s crust. It is the only common metal that is liquid at room temperatures and can neither be synthetically created nor destroyed. It rarely occurs free in nature and it alloys, or marries easily with many other metals. These alloys are called amalgams and that is why, for example, it has been so useful in the recovery of gold.

Mercury Is A Very Slippery Substance

The really dangerous property of mercury is its density. It has a density that is 13.5 times greater than water, and its liquid and gas forms are poisonous. Its toxicity can pose grave consequences for our lungs, nervous, digestive and immune systems, kidneys and eyes.

One of the most notable incidents occurred in Japan where over a period of many years the discharge from a factory released high concentrations of a mercury complex, (methylmercury), into Minamata Bay, contaminating a rich resource of fish and shellfish. It is estimated that more than 50,000 people were affected.

Governments and industries around the world have been active in reducing the use of mercury and phasing out products that contain it. Thermometers, electric switches and relays, lamps and so on. Dentists too have been active in this area introducing best management practices and installing amalgam separators to collect the material before it is discharged into the sewer system and using other materials and resins for fillings.

An interesting fact cited in the U.S. by the Environmental Protection Agency (EPA) is that the mercury from dental offices significantly has contributed to the overall mercury contamination in waste water. It estimated, in a 2008 Report, that there were about 122,000 dental offices in the U.S. that used or removed dental amalgam and those offices discharged approximately 3.7 tons of mercury each year into the waste water system. Dental offices in 2003 were found to be the source of 50% of all mercury pollution entering the wastewater system.

To be clear, dental amalgam is the most durable and affordable of all restorative options. Only minute amounts of mercury vapour are released when chewing. While there are people who are sensitive to dental amalgam, for the overwhelming majority there are no known harmful effects caused by the average levels of mercury exposure from amalgam fillings. However, you might want to think about brushing and flossing those pearly whites more often.

For the position of the Canadian Dental Association on Dental Amalgam see:

For some FAQ’s on the subject see: